The Actuaries Institute has called on the Federal Government to implement a number of Financial System Inquiry recommendations which will significantly improve the standard of living of millions of Australians.

The submission noted that changes to the retirement income system cannot be undertaken without consideration also of Age Pension costs, aged care costs and all sources of potential funding, including housing wealth.

President of the Actuaries Institute, Estelle Pearson said: “A coherent overarching framework will allow development of an efficient long-term retirement incomes strategy and reduce the incidence of short-term policy changes. Constant short- term change and tinkering involves a significant and perhaps unnecessary cost for the industry and consumers to bear,” she said.

“With a growing community and political debate about superannuation, it is essential that the Government and politicians support the FSI recommendation to enshrine in legislation, the objectives of the superannuation system. This will ensure that policy proposals that are put forward must be consistent with achieving those objectives over the long term,” Ms Pearson said.

In its submission, the Actuaries Institute noted that 60% of current superannuation assets are held by the over 50s, many of whom will move into pension phase over the next 20 years. The sheer size of the system and its impact on the wider economy as the population ages and accumulation starts to give way to expenditure requires careful policy planning.

“Our own research, which will be released in April, shows that while the superannuation system is maturing, it will not deliver more than a moderate standard of living for many retirees, particularly given increased life expectancy,” the Actuaries Institute said in its final submission to the Government on the FSI final report. “Many of these people have not had a full career in which they could benefit from the current 9% superannuation guarantee,” it said.

“Simply put, there is a financial risk for many Australians that they will live longer than their life expectancy and exhaust their assets. As personal assets are exhausted retirees will fall into the safety net provided by the Age Pension with the resultant budgetary impacts,” Ms Pearson said.

“A pre-selected retirement default system includes a comprehensive income product for retirement (CIPR) to ensure that retirees have access to strategies which will protect them against the many risks they bear including; liquidity, longevity and inflation risks.

“The introduction of a CIPR style product option should deliver greater income security and protection throughout retirement.”

“Managing risk in retirement is a complex business for individuals. On approaching retirement, an individual needs to consider a range of risks and make decisions designed to adequately fund an increasingly long life in retirement,” Ms Pearson said. 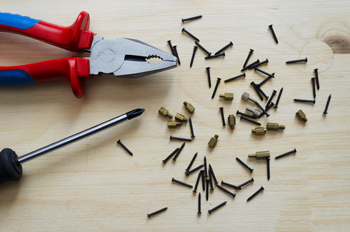