…according to research released by Zurich Financial Services Australia (Zurich) in Sydney today.

In an industry first, the ‘Designing the Future’ study, conducted on behalf of Zurich by Melbourne-based research consultancy The Beddoes Institute, analyses trends of the past, reviews the present and anticipates the needs of advice businesses in the future. The paper examines advice sector trends in finance and operations, marketing and client acquisition and customer satisfaction, as well as innovation priorities for 2015.

Representing the most comprehensive analysis of its kind, the Designing the Future study also revealed that – despite ongoing negative media coverage of the financial advice profession – customers of leading advice practices are increasingly satisfied with their advisers, rating them highly in key criteria including trust, customer focus and value for money.

As practice efficiency becomes a key focus for advisers around Australia, nearly 300 advice businesses were asked to self-assess their capabilities across six key business drivers, and identify those that were their immediate priority for innovation and development during 2015.

Speaking at the launch of the research findings, Mr. Richard Dunkerley, Head of Marketing and Communications for Zurich’s Life and Investments business, said the study revealed that advisers were responding to challenging market conditions by proactively improving their ability to attract new customers, delivering an improved experience to their existing ones, and becoming better business managers.

“Advisers are becoming smarter, more efficient and more customer-centric, and to the extent that the accessibility of advice relies on a vibrant, growing advice sector, the research findings are also a positive outcome for consumers,” he said.

Dr Adam Tucker, Director of the Beddoes Institute and co-author of the study, said that exceptionally high rates of satisfaction and advocacy amongst the 3,000 advice customers surveyed was another notable finding of the research, with the 2014 Practice Net Promoter Score (NPS) an impressive +65.

“The NPS methodology is used widely across many industries and by companies of all sizes; financial services brands generally struggle to rate above twenty, so an NPS above sixty really does prove that experience of actual advice customers is at odds with some reported community perceptions,” said Dr. Tucker.

Despite the encouraging results, there remain several areas of capability gap requiring more focus from advisers.

“People management and mobile presence are two success drivers which are probably underestimated by advisers, and which still aren’t receiving the attention they should from practice owners,” said Mr. Dunkerley.

“Twenty per cent of respondents said they had no plans to mobile optimise their website, a staggering outcome considering that the majority of traffic to adviser websites is now via mobile devices,” he said.

Commenting on the methodology behind the research Dr. Tucker said it was unique within the industry, not just because of its breadth and depth, but because of the way the data has been segmented by three drivers; the Net Promoter Score™, growth and profit.

“The design of the survey allows advisers to decide which of these three goals they are prioritising and then focus on the relevant drivers of that goal”’ said Dr. Tucker.

“Ultimately we believe Designing the Future can act as a blueprint for advisers and practices seeking to emulate the best, and should give advisers confidence that their customer focus is recognised, appreciated and proven to drive long-term business success”, he said. 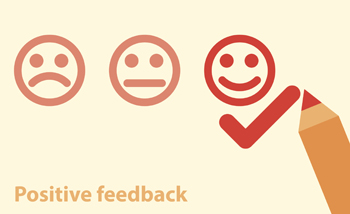